The Minority Leader in Parliament, Haruna Iddrisu, has taken a dig at President Nana Addo Dankwa Akufo-Addo following his comments on neighbouring Burkina Faso giving Russian mercenaries a mine as payment to help fight an insurgency in that country.

He described the President’s comments as reckless, arguing that such remarks could jeopardise the security of Ghana.

President Akufo-Addo during the US-Africa Leaders Summit in Washington said the mine is near Ghana’s northern border with Burkina Faso, which used the operation to pay for work done by Wagner Group.

But addressing delegates at the NDC’s 10th National Congress, on December 17, 2022, at the Accra sports stadium, the Member of Parliament for Tamale South, warned the President to desist from meddling in such matters.

“President Nana Addo Dankwa Akufo-Addo has not only failed by creating an economic mess; he has also gone ahead to create what we call a foreign policy crisis for our country. Those of you who listened to President Akufo-Addo, who is a former Foreign Affairs Minister, and former Attorney General, he openly condemned Burkina Faso and mentioned the Wagner Group of Russia.

“Our members on the foreign affairs committee will ask for details on this reckless, irresponsible and unprofessional statement by the President of the republic. If he can’t provide us with food, he should not let them bring guns on us as a country,” he warned.

The entity supposedly contracted by the Burkinabe government is a mercenary outfit run by Yevgeny Prigozhin, an ally of Russian President Vladimir Putin. 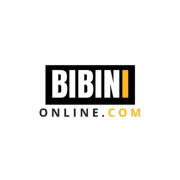 Komfo Kolegae bitterly sobs after his wife and son's funeral: "It's Not Well With My Soul, My Heart Is Bleeding."