A group of young and talented children gathered at the premises of the World Changers Faith Ministry at Ashaley Botwe in Accra over the weekend on Sunday 5th May, 2019 to launch a double album in a colourful ceremony.

The event which was hosted by Rev and Rev Mrs Sitsofe Adafia, brought together media practitioners, Christian Leaders, a number of personalities from the Gospel Music Industry as well as several other patrons to support the occasion. 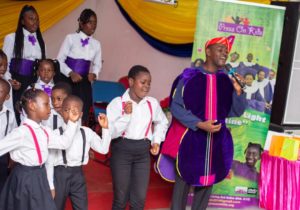 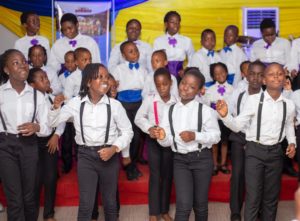 Some of the side attractions at the concert were music ministrations, choreography, solo and duet performances, and swimming among others for the children.

The ‘Press On Kids’ choir was formed to give Glory to God and to minister God’s word through music in order to educate and entertain audiences through periodical musical concerts.

The latest albums which are the sixth in their discography are ‘Sing the Word’ volume two, which helps children and adults to memorize scriptures easily and ‘Hymns We Love’, which is a collection of popular hymns rendered in a child-friendly manner. 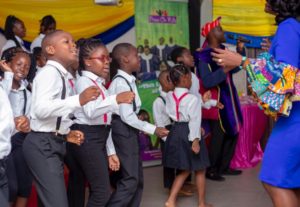 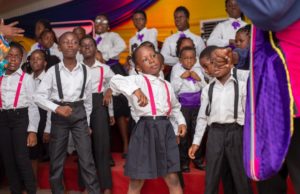 Kuami Eugene and others refused to collaborate with me – Kwaisey…

‘Press On Kids’ is a non-denominational Christian organisation put together to craft and promote a viable future for children by imbibing in them godly values while harnessing and developing their creative talents as they are encouraged to memorize scriptures. 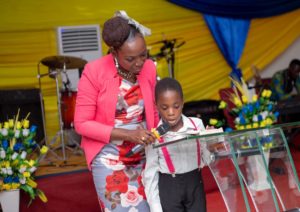 The organisation also trains children to play musical instruments as a way of developing their gifts for the betterment of their lives, the church of God and the nation.

The 6th studio Album by ‘Press on Kids’ according to Mr and Mrs Worlanyo and Pearl Afenyo who are the founders of the group; is available for sale at the moment in all music stores across the country and on online digital platforms.

I came to the industry for business and money, not awards – Shatta Wale

Brexit: Theresa May vows not to delay departure beyond June