Nigerian singer Jidenna has claimed that Nigerians are known for fraudulent activities because they are generally smarter than a lot of people.

The “Classic Man” hit maker made this revelation in an interview with the Breakfast Club in the US.

Jidenna who just released his second studio album “85 to Africa” stated that Nigerians are known for scamming not because they are bad people but they are smarter than a lot of people.

He added that Nigerians always want to be the best in everything they do which unfortunately includes hacking.

When asked if he has ever been involved in scamming popularly known as “Yahoo Yahoo”, Jidenna noted that he used to sell cheap jewelry to white kids for high prices and that was the only form of scamming he ever did.

Quit Secular Music and Do Gospel – Fan to Yaa Jackson

I Don’t Believe In Love At First Sight—Wendy Shay

“I don’t scam na. But yes, I have done a lot of things, I used to sell chains in China Town.

“I do buy some cheap stuffs, cheap female jewelry and sell them high to some high boys in the suburbs.

“I think that was a scam. But I never did the fake relationship thing. Never!”

“The reason Nigerians are known for scamming…is because we are smarter than a lot of people…It is what it is.”

Jidenna condoning Yahoo Yahoo. Can’t see much difference between this and what Naira Marley said [not did], but hey… 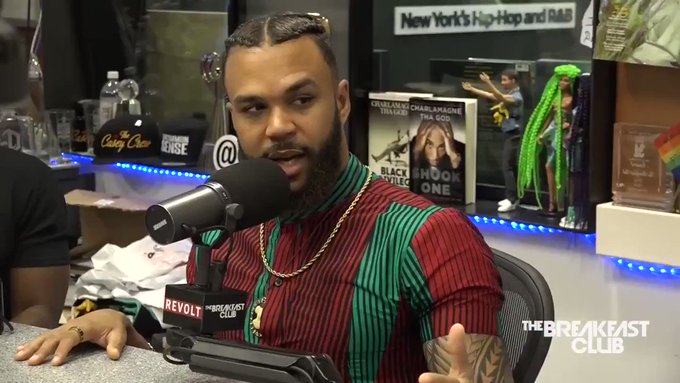 130 people are talking about this
Source: jivenaija.com
Facebook Comments

Macron calls on Europe to reach out to Russia

TIME WILL TELL! No Solo Project Again, Ready to Work Together – – –…

THIS TALENT HAS TO BE SIGNED TO A LABEL FAST