Yaa Jackson has become the talk of the town for some months now and we doubt if she will stop trending anytime soon. Ever since she started her career in music, many are of the view that she has no musical talent and as such, she should just stick to her acting career.

But under a post of Yaa Jackson that was shared on Instagram, Mzbel wrote “My kind of girl”.

According to the radio show host, Yaa Jackson is her kind of girl because even though she is very young, she does not allow public perception about her to weigh her down just like she did over a decade ago. 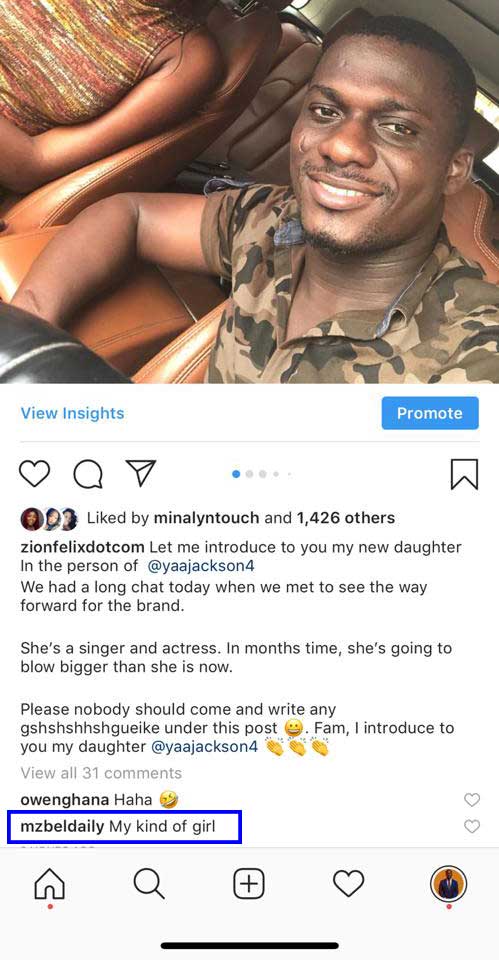 So there you have it Mzbel has now gotten her replacement in the music industry. lol

UNFORTUNATE BUT HE SAID IT!! Yvonne Nelson is “Ashawo”…

Nayas begs Paedae of R2Bees to marry her; guarantees to deal with him proper

Efia Odo not ‘cheap’ as people see her – Shatta…

Pregnant Princess Shyngle breaks down in tears talking about her…

I stopped acting because it’s full of evil – Bernard Nyarko