The IT team of the Electoral Commission (EC) is set to meet the technical teams of the various political parties on the issue of the compilation of the new Voters’ Register.

The meeting ended inconclusively but the EC released a statement to give some details of what transpired.

According to the statement signed by the EC’s acting Director of Public Affairs, Sylvia Annoh, the position is based on the observation that though a majority of IPAC members agreed on the need for a new voter management solution, some urged the EC to put in place measures to ensure data security and integrity.

After the meeting, General Secretary for the NDC, Johnson Asiedu Nketia, said his side is generally satisfied with the meeting.

POSITIVE! Davido’s Life Is About To Change

He also noted that the Advisory Committee will officially offer advice to the Commission.

Below is the release 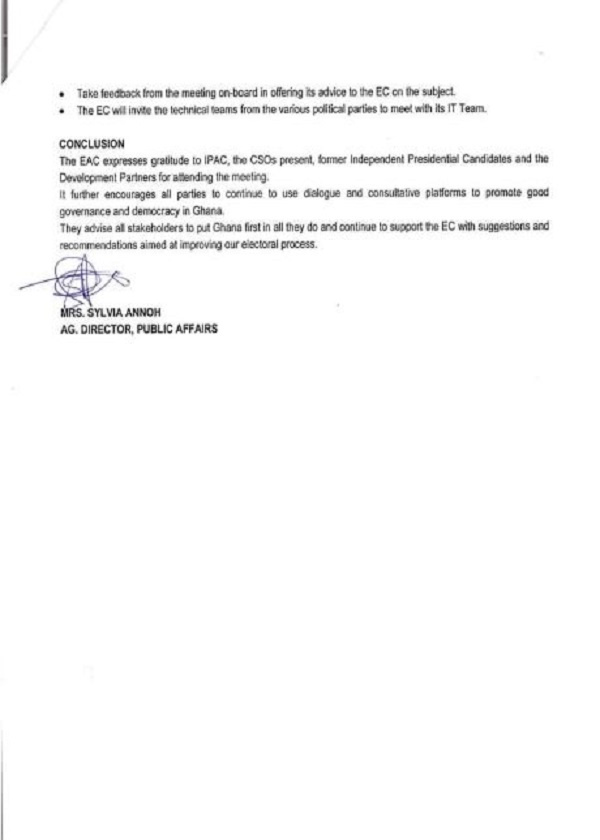 We made Afrobeats attractive for Africans – Sarkodie

2019 African legends night – All down to the wire

Trigmatic advises celebrities to use thier fame to promote agriculture.

Akufo-Addo’s Silence On #ENDSars Makes Him An Endorser Of…

Prez Akufo-Addo is no.1 and Mahama is no.2 on the ballot paper